Just like the Tokyo Hello! Store in Akihabara, the Osaka Hello! Store runs its own series of the 1001 Nights talk events. This event was held 22nd April 2016, with the generic hashtag #ハロショ大阪 (#Hello!ShopOsaka).

Usual disclaimer that these are from fan reports and are more snippets from the events rather than a comprehensive overview. 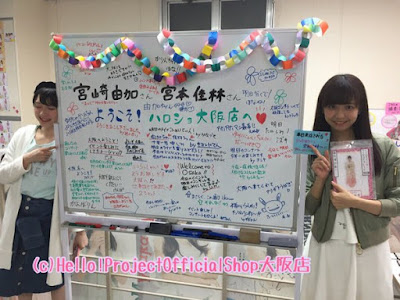 What's comes to mind when you hear Osaka?

It's not that Yuka-chan has some sort of stereotypical image of them, but her grandfather's sister who actually lives in Osaka has a very loud voice. Her family enjoys travelling, so they've been to Universal Studios Japan multiple times.

On that day, Nishiguchi-san had given the both of them takoyaki as a gift. Karin-chan has been watching Downtown-san's DVD from when she was small, thanks to her mother's influence. Karin-chan lets loose some of Downtown's joke material, which has Yuka-chan stunned.


Yuka: I saw a UFO at USJ
Nishiguchi: Are you alright?
Yuka: It's true! It's true! My dad saw it as well!


Karin: It's where I had my first Hello! Project concert.

Karin-chan was announced as a new member in November 2008, but didn't get called for the New Year's Hello! Con. Instead, she went along with the tour at the next summer Hello! Con as part of Shin MiniMoni。To Karin-chan, it felt like she was on a trip.

Yuka speaks in dialect when speaking with Uemura Akari-chan.

She went there when she was in primary school, and saw whale sharks. Karin-chan has never been there. Yuka finds that it has similarities to Notojima, so she feels a sense of affinity


Yuka: Takoyaki.
Karin: Why do people from Osaka use takoyaki as a bento side-dish! It's carbs on carbs!
Yuka: Couldn't you just not think about that?

This was well received by the wota in attendance. 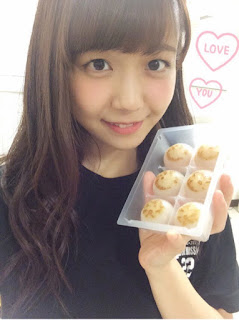 She was told about it by a taxi driver. It's a planetarium that was opened with the theme 'Universe and Energy'.

Chairperson Nishiguchi had some microphone trouble, causing a weird sound that gives Yuka the shivers.


Karin: Is it a UFO coming? You really shouldn't mention UFOs

Something you discovered through the drama 'Budokan'

The drama got rave reviews from Yuka-chan's family. Yuka-chan's parents had high praise for her and Uemuu's acting.

Karin didn't have that much leisure to make discoveries. The role she had been assigned was completely different from how she normally is. What she discovered is that Next You and Juice=Juice are different.

Karin: Today, Yuka-chan's socks had a hole in them.
Yuka: There weren't any in the morning, but I had too much fun at USJ that before I knew it, a hole had opened up.

How do you do with thrill rides?

The USJ rides scared Yuka-chan. Karin-chan, on the other hand:


Karin: I've never thought thrill rides as being scary. No matter what the ride, I enjoy it. Amongst the rides I've gone on, the Backdrop I rode on USJ today was probably the most fun. Previously, when we went to FujiQ, we went on the 2nd scariest ride. But it wasn't scary at all. It made me pretty angry, like 'What the heck is this?'

Please tell us what you gave to Sayuki on her birthday


Yuka & Karin: Nothing yet.

How do you think the other has grown up?


Karin: Yuka-chan has gotten really quick at learning dance moves.
Yuka: Up to now, I've been slow at learning the moves, while the rest have been able to catch up on the spot. When I was in Kanazawa, I didn't know the difference between the verse and the chorus. So I had to learn the moves at home... This time, I learnt the dance moves as we were taught them, which made me really happy! I'd finally become one of them!

Yuka: Karin-chan's now able to speak more. In the past, she'd get into a bad mood and the conversation would end. But now, she's talking a lot, and that's cute.
Karin: Being able to talk a lot isn't development, I've just become frank.
Yuka: Similar to how things are in the dressing room.

How would you like us to cheer you on during concerts?

Yuka tries doing it and fails.


Yuka: No one can see it though.
Karin: Just close one eye tightly.


Karin: You can't do it.
Nishiguchi: That's just a blink.
Yuka: You're far away, that's why you can't see it.

Apparently during recent concerts, Juice=Juice have been winking a lot amongst one another.


Karin: I've never seen Yuka-chan wink though.
Yuka: I do it all the time! 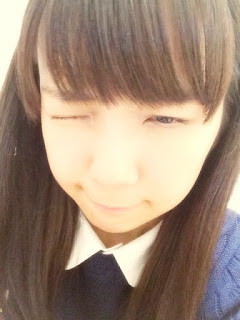 Your nicknames when you were children.


Yuka: I didn't really have a nickname. I was just Yuka-chan. When I got compared to a vegetable, I was told I was a burdock.

What song would the two of you like to sing together?

Karin: The two of us have been saying that we'd like Juice=Juice to sing cute songs.

Something you often do before concerts.

Yuka: Just drinking tea. Drinking tea kind of flips the switch for me. It's become a habit.

What would you like to do once all the members turn 20?


Yuka: I'd like to do a casual dinner show. We'd all be dressed formally, with a live band.

Karin: An all night concert. From 8 p.m. to 2 a.m., with a talk in the middle.
Yuka: That's the Countdown concert, isn't it?
Karin: The audience would have to make their own arrangements to get back though. 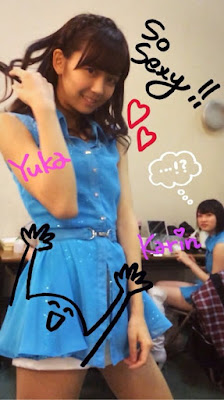 If you were to come to Osaka in your private time, what would you like to do?

What do you do when on the move? 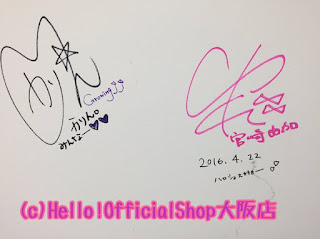