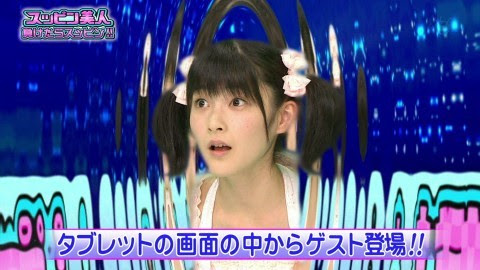 This is Hamaura Ayano！

Today、 we had our Sapporo performanceーー(n´v｀n)

On the way back, it was nice to see the snow falling o(>◡<)o

That's all from Hamaura Ayanoー！ 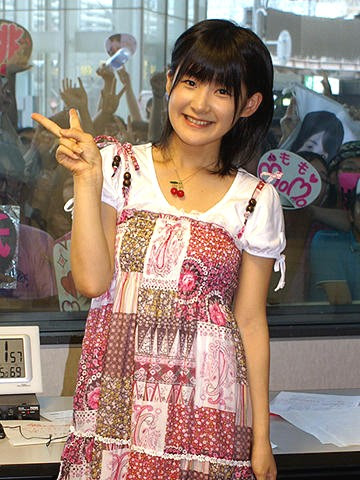 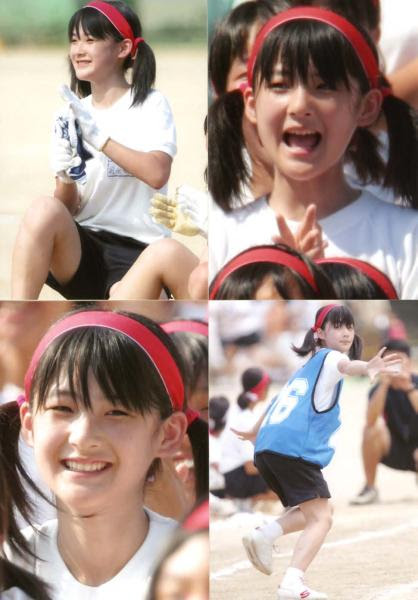 Hamaura Ayano - Bringing you along, My Friend (UTB Dec 2014) 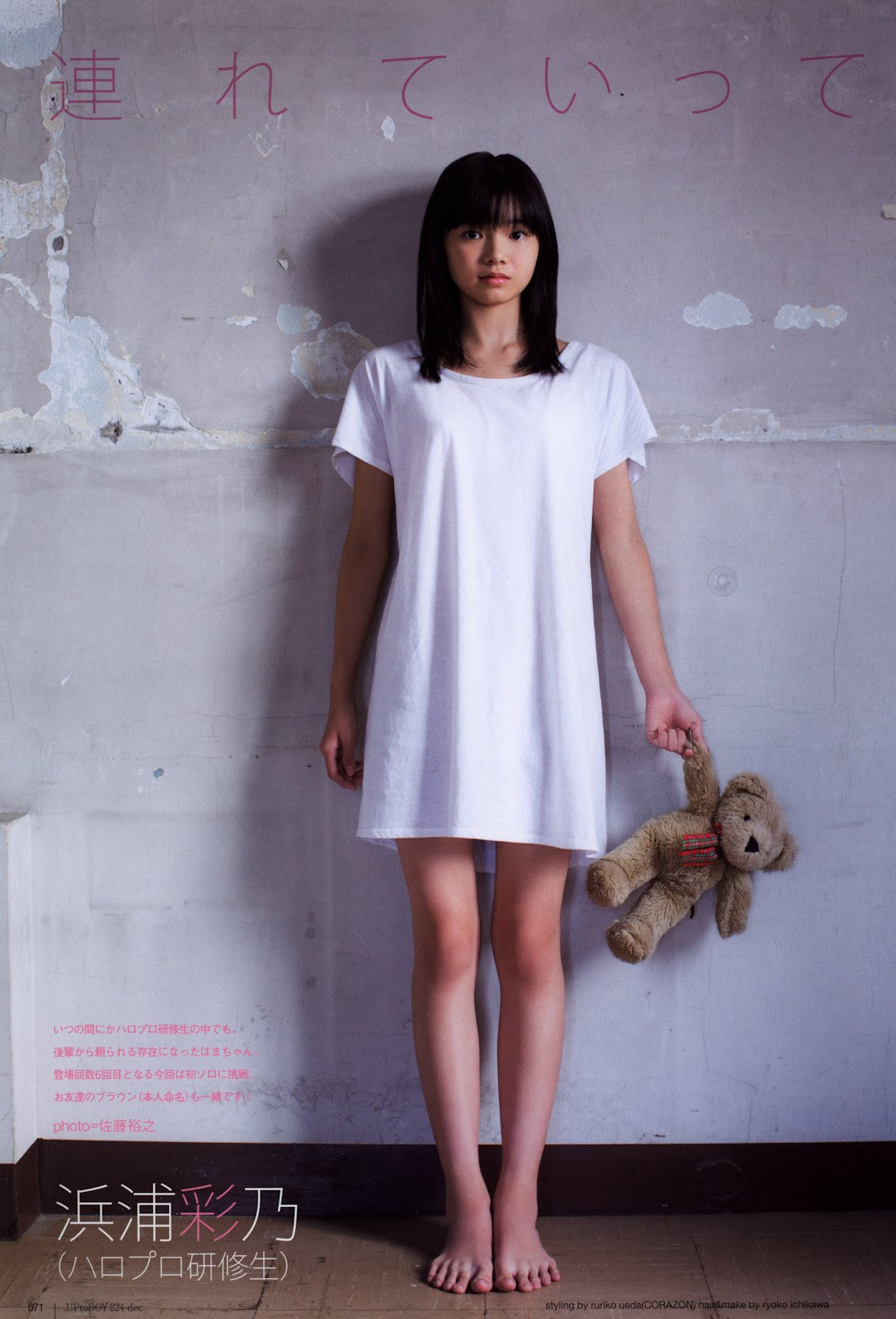 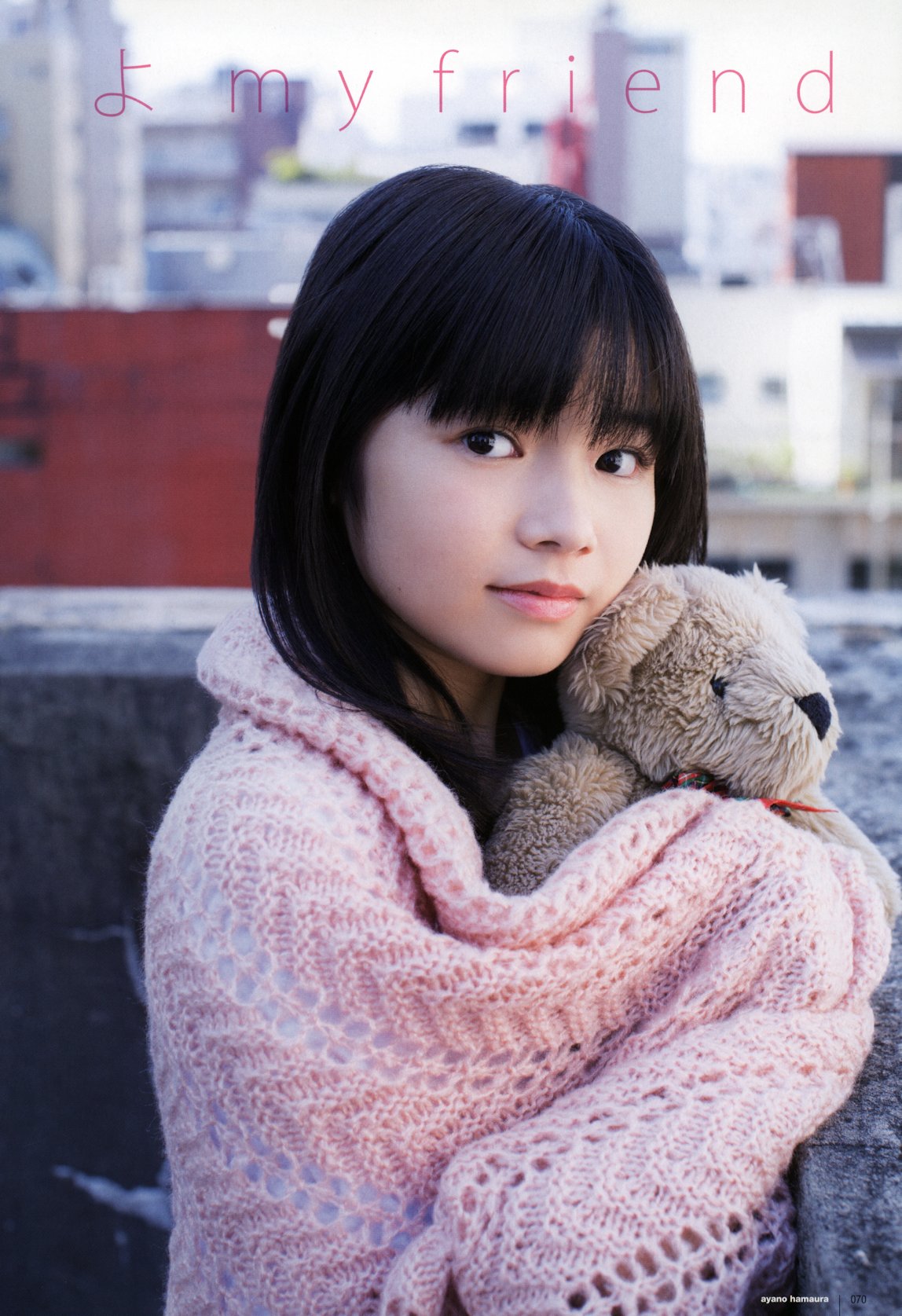 Bringing you along, my friend

Before we knew it, amongst the Hello! Pro Kenshuusei,
Hama-chan has become a reliable presence to the kouhai.
With 6 appearances so far [in this magazine], this is the first time she's making a solo attempt.
She's joined by her friend Brown! (named by Hamachan herself)

新嗣永憲法172条
『ボールペンのインクが出ないときはペン先にハアハア、息を吹きかける。』
あーでるでる。
New Tsugunaga Constitution Article 172
When the ink of a ball-point pen doesn't come out, blow on it with a 'Ha- ha-' 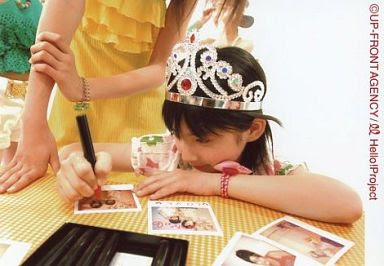 In TopYell+ H!P edition (March 2014), there's the Hello! Pro great dictionary - basically your run of the mill questionnaire.
Although it's set out by person, I'm arranging it by question instead. Links to the other questions I've translated in this series are at the end.
This'll probably be the last question I'll do from this series - At this point in time, one member has graduated, while two groups have changed their names and added new members, so it's gotten pretty obsolete. 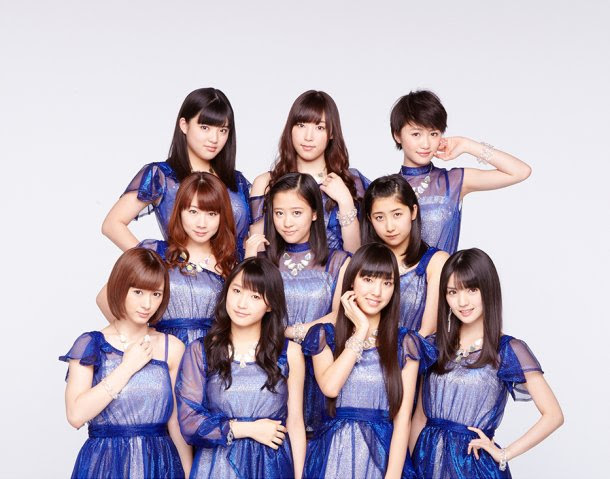 Michishige Sayumi
Depth of jealousy
I immediately get jealous of people, and I have this habit of feeling inferior to the younger members (laughs).

Fukumura Mizuki
Working up a sweat
Yajima-san is famous for this in Hello! Pro, but Fukumura won't lose either!
However, when Yajima-san works up a sweat, she bceomes beautiful, like a goddess emerging from the springs.
Read more »
at 23:55:00 3 comments: