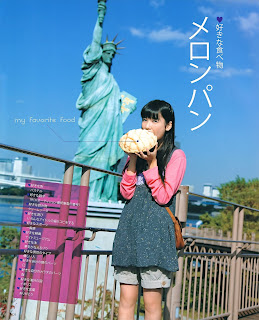 Presented to you by Airi & Maimi!

My favourite part is the fact that virtually everything Airi says has been subbed onto the video.
It's like the producers know that Airi will mumble anyway, so might as well

1000 yen for a clear umbrella with Kanashiki Amefuri written on it though... I guess it'll sell well if it rains after a concert.
Come to think of it, they just need to have Maimi come out and they'll make billions. 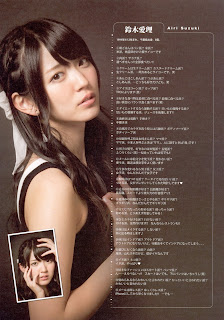 Docchi Ha is basically picking from two choices - are you in this camp, or are you in that camp? Here we have Suzuki Airi answering 25 of these two-choice questions. Enjoy.

1. For breakfast, are you of the egg faction or the rice faction?
Rice. Rice with natto and eggs on top is awesome.

2. Meat faction? Fish faction?
I can't choose! I want to eat both of them

4. For red beans, are you of the paste faction or the lumpy faction?
Paste faction. ...Though I like either one. lol

5. For ice cream, are you of the cone faction or cup faction?
I choose based on TPO (time, place, occasion) lol

6. Are you of the faction that eats your favourite food first or saves it for last?
To keep in good health, I try to balance my eating lol

9. When taking a bath, are you of the faction that washes using a soap bar or body soap?
Body soap faction

10. When you refer to your mother, are you of the faction of referring to her as 'Okaa-san' or 'Mama'
Mama faction. ※ I refer to her as Mama when talking with her, when talking about her I use 'Haha'

11. For men's hairstyles, are you of the faction that prefers short hair or long hair?
Roughly normal [length] (lol) ... If it suits him, anything is fine!!

12. Are you of the faction that uses emoji in emails, or do you not use them.
Using faction. Recently I've been using kaomoji often

13. If you were to be reborn, would you be in the faction that wants to reborn as a boy or as a girl?
Girl faction. One thing or another, still a girl

14. Are you of the faction that puts on a wristwatch, or happy with looking at your mobile phone?
[Wristwatch] wearing faction. The watch I received from my father as a present

15. Are you of the faction that prefers short distance running or prefers long distance?
Long distance. I've got confidence in my stamina rather than my speed.

18. Are you of the faction that can go to karaoke alone? Or are you of the 'can not go' faction?
Going faction. I can definitely go [alone]!! Even to restaurants!!

19. On your days off are you of the put on make up faction? Or do not put on faction?
I do myself up for times when I go outside

20. On your days off, are you of the indoor faction? Outdoor faction?
I want to be outdoors, but since I'm slow to become active, I end up indoors

21. If you were to go play, are you of the sea faction? Mountain faction?
Sea faction. I like mountains too, but the mosquitoes are unpleasant.

23. Preferred fashion is skirt faction? Trousers faction?
Hmm... I can't decide! I'll put on a skirt, and trousers beneath them (lol)

25. When e-mailing, are you the 'reply immediately' faction? 'Take your own time' faction?
Because I'm using an iPhone, I've become quick at replying!! ...But... 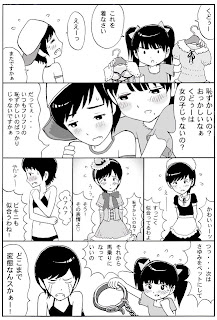 [Note: If anyone has a source, please hit me up.]

S: Kudou, put this on
K: What, again?
S: Does it embarrass you?  That's strange, aren't you a girl?
K: But it's always nothing but embarrassing, frilly clothes
(Maid) S: Cute, it really suits you
(Lolita) S: Embarrassing, isn't it? Yes, that facial expression <3
(Bikini) S: A bikini suits you too!
S: N, n, next make me into your pet. Then we could go on and play horsey
K: To what extent will your perversions continue?


And here's a version with the translation edited in