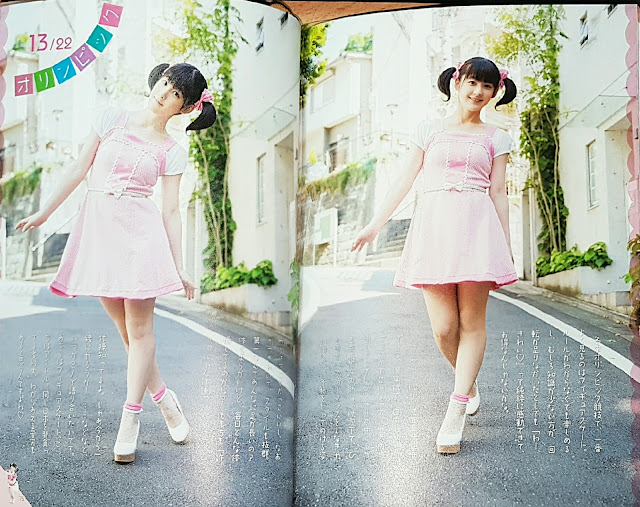 Figure skating is the sport that I watch the most during the Winter Olympics.
I can enjoy it even without knowing the rules,
and perhaps not knowing much about the rules makes it simpler to enjoy.
After all, even if their spins are lacking, I'll still think 'How pretty♥'.

And my pick has definitely got to be Asada Mao-senshu.
We're from the same generation, and she so coolly carries the weight of Japan on her shoulders.
In the midst of being under the pressure of being the centre of the world's attention,
she has to perform under conditions where no slip-ups are permitted.
It was really cool to see her successfully pull off her performance.

Besides that, she's pretty, with a body to die for.
First of all, how are her legs so long?
Her body's so supple as well, I wonder what sorts of exercises she does every day.

'I know of a good workout called the "Yurushite-nyan Taisou". Shall we do it together!?'....
I'd like to have that conversation with her someday.

She's a figure skater, while I'm an idol.
We both similarly carry the weight of Japan on our shoulders,
so I think that we'll be able to understand the hardships that we face ♥ Tsugunaga Momoko Photo Essay "Momochi no Kimochi"
Momoko Tsugunaga
at 08:13:00 No comments: Links to this post

Maruwakari Summer 2016: One from each group Q8. Please make a new unit by picking a person from each group.

*Maimi picked the leaders of each unit rather than naming members individually. Tsugunaga was used for Country Girls, which does not officially have a leader. 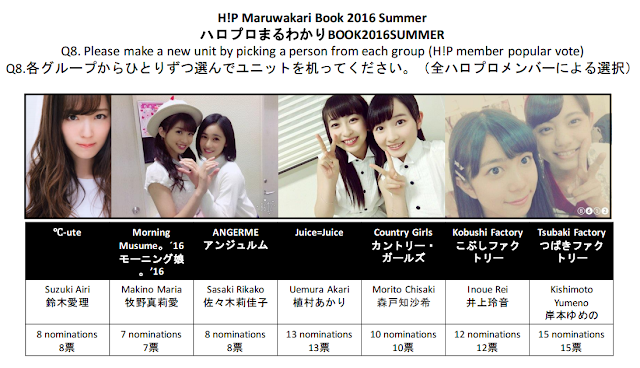 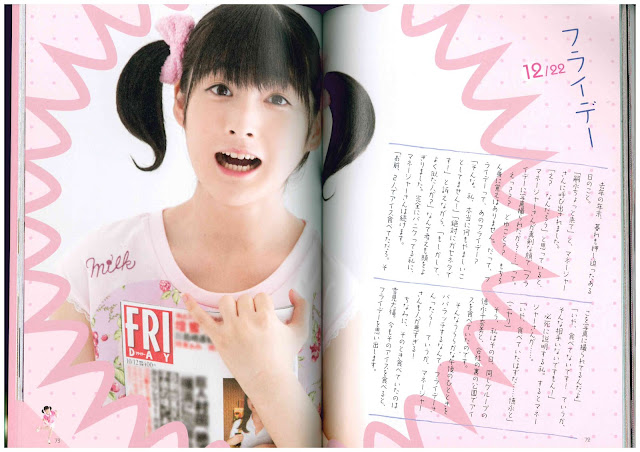 [Preface: FRIDAY is a tabloid magazine. In the H!P fandom, they are notorious for publishing 'scandal' shots that have been the death knell of several members' idol careers.
H!P idols who have had their career cut short after being 'Fridayed' include former Morning Musume。 members Yaguchi Mari, Kago Ai, and Fujimoto Miki.
A more recent Friday incident would be the recent 'scandal shot' involving Okai Chisato and Sudo Maasa.
In general, being told that Friday has a scoop on you is not good news.]


At the end of last year, on a day that was drawing close to the end of the year.

'Tsugunaga, come here for a moment,' my manager-san called out to me.

'Eh? What's up?' I wondered, and my manager-san said with a serious look on their face, 'There's a photo of you in Friday magazine......'

Eh??? What the?? Obviously I had no memory of this. But, Friday, that Friday?

As I pleaded my case, the thought that it might be someone who looked similar to me crossed my mind.

While I was in a complete panic, my manager-san continued.

'You went out for ice cream with another person. They caught it on camera.'

I was trying to clarify with all my life. And then, my manager-san......

That's right, on that day, I had gone out to eat ice cream with my groupmate Tokunaga Chinami at the park behind the office.

Oh Friday-san, going all paparazzi on me, when I was just enjoying the moment on a bright and beautiful evening! And my manager-san is to blame as well!

By the way, the ice cream I had on that day was a Yukimi Daifuku.
Even now, when I have that ice cream, Friday comes to mind. 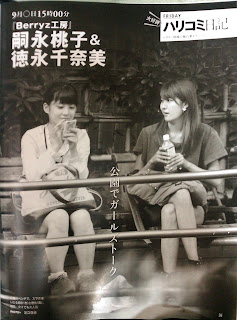