School and I: On the days I was worried, the close friends who saved me - Singer Yajima Maimi-san 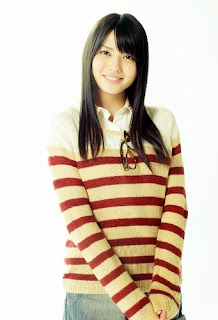 At the age of 10, I passed an audition to become an idol, serving as a backup dancer for "Morning Musume" and other acts. 15 people were chosen from among 28 000 applicants. It was like a dream. Three years later, I became a member of the newly formed ℃-ute and was entrusted with the leader position. I've been active in the entertainment business for 11 years.

When I was an elementary and junior high school student, the company policy put a priority on academics. I became very busy as a third year junior high school student as our major début had been decided. On weekdays, we had singing and dancing lessons from after school until nine in the evening. From my house or school in Saitama to a studio in the heart of the city, my mother dropped me off and picked me up every day by car. Weekends were packed with events. But, I never thought of balancing work and school as something tough. "Being able to bring smiles to people, it's such a wonderful job," I felt, and I also received support from my teachers and classmates.

I went on to go to high school in Tokyo, but due to an increasing amount of work, I transferred to a correspondence course from my second year. However, when I was in my third year, two members of ℃-ute, people that I thought of as family, left one after the other. There were conflicts of opinions between the remaining members, and those worrying days continued. Then one day, I "exploded' to my mother in the car. "I don't want to be a leader any more." I was breaking up in tears.

Supporting me during that time were two of my best friends from primary school. They listened to my complaints without mentioning it to anyone else. And they told me how they were working hard in their club activities. I think that gave me encouragement, and I recovered my vitality.

At that time, I was wondering whether I should go to college. Even now, I am grateful to the teachers of my correspondence high school. Especially since I took up their time, having to correct my papers while matching my schedule. In the end, after considering my awkward personality, I chose to go down the road of work, so I have no regrets.

The words placed in my heart are "Doryoku Mugen." I learnt it from the principal of my junior high school. Put in effort (doryoku) in order for your dreams (mu) to be realised (gen). Make infinite (also mugen - but different kanji) effort (doryoku). Those two meanings are combined together. I also want to continuously put in that effort, but I want one dream to come true first. That is, for ℃-ute's first solo Nippon Budoukan concert in the autumn to be successful. [Interviewer: Ito Kazuhiro]