The favourite senpai of the Hello! Project Kenshuusei 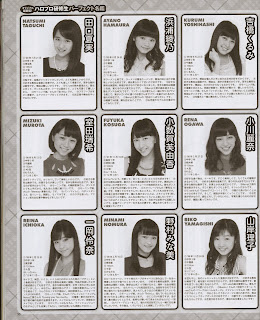 The H!P Kenshuusei were interviewed in BOMB magazine. One of the question they were asked was: “Who is your favourite senpai?”
Source and Matome
(Note - I’m basing this one off 140, which differs slightly from the OP)