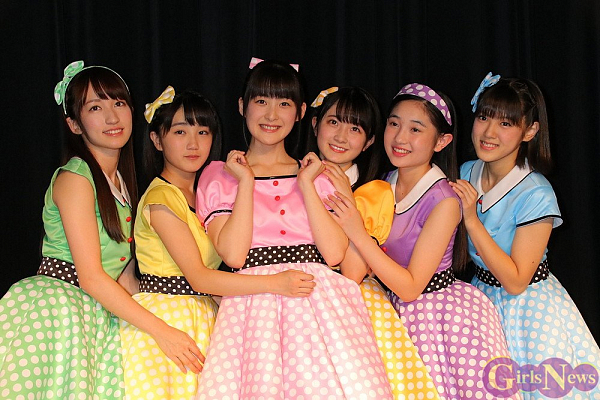 Here's just some notes I gleaned from news reports. Not in the right state of mind to proofread, so apologies in advance if some things come off as a bit odd.

At the press interview before the concert:
Momo: 'I, Tsugunaga Momoko' will graduate next year on the 30th of June. The 30th of June is the day I passed the Hello! Project auditions and became an idol. I'll be celebrating my 15th year as an idol, so it's a big decision. I've had an interest in studying child education, so I hope to do that someday.
As her motto is 'For an idol, better to have a smile than a tear-stained face', she didn't cry at the press con.
Momo: 'I've made a great decision for when I hit my 15th year as an idol'
Momo: 'I thought that I'd like to help the members grow for two, three years'
Momo: 'They've all gradually started to behave like idols, and while I'm happy about that, I also felt that I should let them be independent from this parent, though it's sad'
Momo: 'They've all grown a lot, so I thought that it should be my turn next. This is in agreement with the office, they're not shooing me off. It was something I decided upon, thinking about my future. These are my pure feelings'
Momo: 'Seeing the Berryz Kobo members moving on the path towards what they wanted to do, it also gave me a big push'

On the specifics of what she'll do after graduating:
Momo: 'It's still unclear. I'll study properly, do my research, and I'd like to find an area I'm interested in the midst of that'

On going on towards being an educator:
Momo: 'I really love being an idol, being in the same space as the fans, but I love children just as much. I've given a push to the members to go ahead on their own paths, on what they want to do. I'll love singing and dancing my whole life, so I'd like to discover even more about the things I've gained through my idol activities, and involve myself with lots of children.'

Tsunku♂'s reaction:
When Momo contacted Tsunku♂ about graduating, he jokingly asked if she was having a dispute with the office.
Momo: 'How much of a 'troublemaker' image do I have? (laughs)'
After Momochi explained that it wasn't the case, his reply: 'Thank you for your hard work up to now.'
Momo: 'I'd like Tsunku♂-san to watch my valiant figure with his own eyes, until the very end'

What she'd personally like to do in these remaining 8 months.
Momo: 'As an idol, as an entertainer, I'd like to do my best to not leave any regrets. I'd like to leave behind a legend in the idol world. I'd like to make a perfect 'Idol Momochi' with everyone'

She'd told the members about her intention to graduate two weeks ago.

Risa: 'While it's sad, I'm honestly not surprised, I thought 'The time has come'. I've always been watching the sight of the sparkling Momochi-senpai, so I'd like to take into account the components that I've absorbed from Momochi-senpai up to now and properly develop myself. In the remaining 8 months, I'm determined to learn from Tsugunaga-san'

Risa: 'We can't joke about the fact that there's a ten year difference between the oldest and the youngest any more. (Momochi: 'Don't use your senpai as joke material!') We'll be thinking about all sorts of things after this

Ozeki: 'I think I'm the cutest amongst the members, but Momochi-senpai says the same thing, so it collided with Tsugunaga-san's cute character. But it's sad that a huge rival will no longer be around. I'll do my best to inherit that cuteness'
Momochi tsukkomis with an 'Oi Oi'.
Momochi: 'How reliable! The perfect successor to Momochi-isms'

Funaki: 'She was like Country Girls' teacher. She even told me off when I once got bad marks on a school test. She told me that I had to balance being an idol with studies. So until Momochi-senpai graduates, I'd like to get good marks!

Morito: 'I would be nervous each time we'd meet (Momo: 'You're making me sound like a scary senpai!') But, now we're so close. I'm told that I'm the worst when it comes to MC-ing, so until she graduates, I'd like to watch, capture, and inherit Momochi-senpai's amazing talk skills'

Yanamin: 'It was like a bolt out of the blue. Tsugunaga-san was like a being from above the heavens at first, and I'm really happy that we're so close now. Momochi-senpai is like the incarnation of cuteness. I'd like to absorb Tsugunaga-san's stance that an idol has to be cute.

Satoda Mai comments:
'It's like I relied on her so much that I didn't have to do a thing, I'm sorry!'
'She earnestly deals with everything, she puts in so much effort, as an idol, she's a professional who does things to completion by herself. I may be 8 years older than her, but I have a lot to learn from her, I'll always respect her.'
On Momochi being attached to the reborn Country Musume: 'It was really reassuring, and I was really happy'
'She's given confidence to the members that she's polished up from the core in these two years, and I hope that they'll boldly go on as Country Girls'
'For Momoko who's been doing her best for the group up until now, I'd like her to get a good rest, use her time for just her own sake, and do what she likes to do'