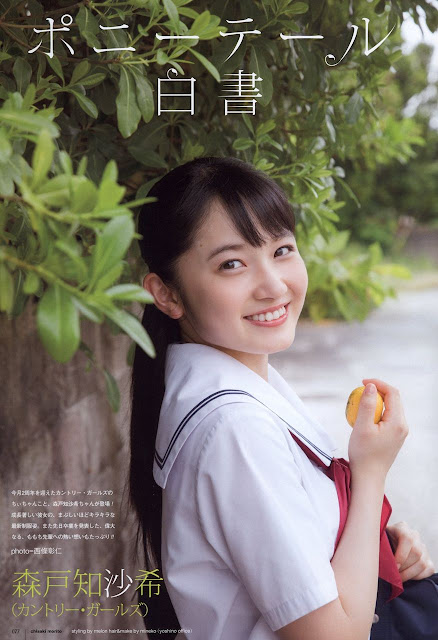 We have 'Chiichan' Morito Chisaki from Country Girls, the group that celebrated their 2nd anniversary this month! This girl has developed markedly, and clad in a school uniform, she's so brilliant that it's almost blinding. She's also filled with fervent feelings towards the great Momochi-senpai, who announced her graduation just a while ago. 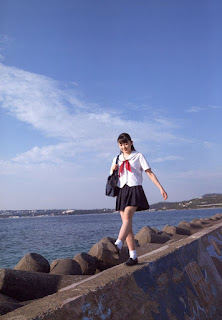 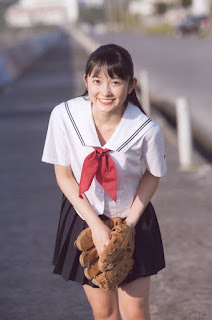 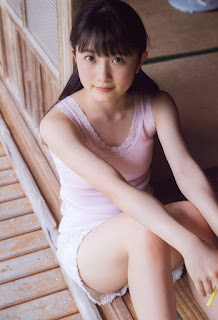 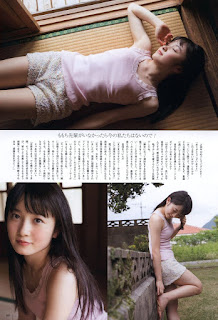 If Momochi-senpai hadn't been around, we wouldn't be who we are now.

Congratulations on your second anniversary!

How were these past two years?

'They passed by in the blink of an eye. They were really packed! Before I joined, I was someone who didn't think about anything, I just went through life normally.'

Was there a turning point where you personally felt that you had changed?

'Everything was just so new, so I have lots of memories and I was given many opportunities to grow, but the stage-play experience was the biggest.'

It must have been a trial for someone who gets easily embarrassed like yourself.

'I couldn't imagine myself standing on-stage and acting. Had I been given the option, I probably wouldn't have wanted to go through with it... But all the members gave me their support, and it was a huge thing for me to get through.'

And now you have confidence!?

'Not yet... But I realised that there is some meaning to seeing things to their end.'

Your winter tour has already started, and the group will be entering your third year. But just as it was about to happen, Momochi-senpai announced her graduation...

'She'd mentioned the two, three years at the start. But it shocked me to hear that there was an actual, real cutoff date. Momochi-senpai taught us everything about being idols. If Momochi-senpai hadn't been around, Country Girls wouldn't be what we are now.'

It feels like having a producer closeby, doesn't it?

'We were really lucky to have her doing activities together with us, despite the huge difference in our careers. We really owe the polishing up of our talking ability in particular to Momochi-senpai. Because of Momochi-senpai, our lackluster MCs become funny! It's almost miraculous.'

So, you're now feeling quite uneasy?

'Honestly, I am. But with the remaining seven months, I'd like to watch and learn even more from Momochi-senpai, and I'll do my best so that she can graduate without any worries about us. Momochi-senpai also taught this to us: "Don't forget to smile!"' 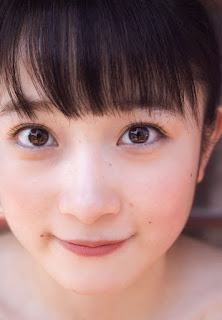 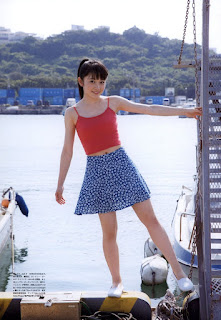